WASHINGTON — The bribery scheme was hatched in the halls of the United Nations in New York and spanned several continents.

Their targets: Idriss Deby, the long-time president of oil-rich Chad, and Sam Kutesa, a Ugandan foreign minister who served as president of the U.N. General Assembly from 2014 to 2015. 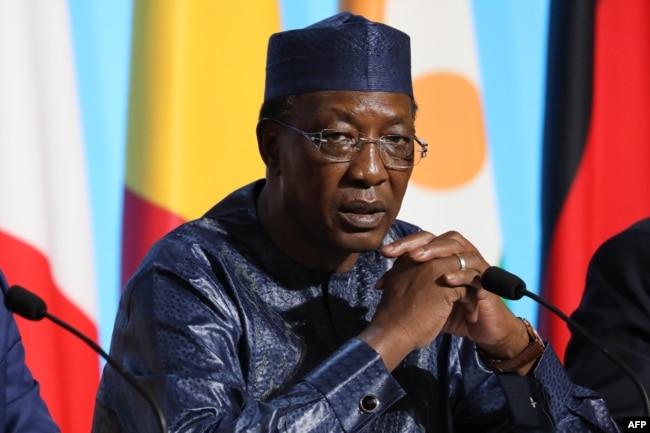 Chadian President Idriss Deby attends a meeting with EU and African leaders to discuss how to ease the European Union’s migrant crisis, at the Elysee Palace in Paris, on Aug. 28, 2017.

According to a criminal complaint unsealed by U.S. prosecutors on Monday, Ho and Gadio engaged in a multi-year scheme to bribe Deby and Kutesa in exchange for “business advantages” for the energy company, a multibillion-dollar Chinese company that operates in the oil-and-gas and financial sectors.

Gadio, who served as foreign minister of Senegal from 2002 to 2009, was arrested in New York on Friday afternoon and presented to a federal magistrate Saturday. Both remain in federal custody.

The two men are charged with criminal bribery in violation of the Foreign Corrupt Practices Act (FCPA) and international money laundering.

“Their bribes and corrupt acts hurt our economy and undermine confidence in the free marketplace,” Blanco said in a statement.

According to the complaint, Ho and Gadio began plotting in 2014 when they met at the United Nations in New York.

At the time, Gadio ran a consulting firm while Ho headed a non-profit that received funding by the energy company. 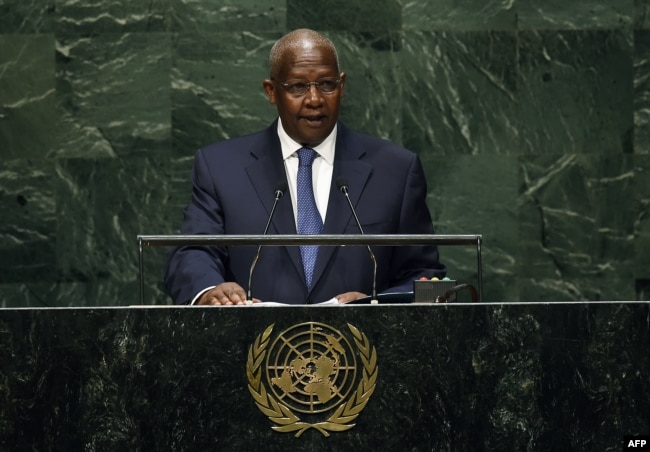 Foreign minister Sam Kutesa of Uganda speaks during the 69th Session of the General Assembly at the United Nations in New York on Sept. 24, 2014.

The criminal complaint does not name the non-profit or the Chinese company behind it.

But a small outfit named China Energy Fund Committee fits the NGO’s description in the complaint.

On its website, CEFC describes itself as an NGO and “high end strategic think tank” and lists Dr. Patrick Chi Ping Ho as its deputy chairman and secretary general.

The non-profit says it is registered in Hong Kong and Virginia and is supported by “a special private grant fully sponsored by China Energy Fund Co. Ltd.”

CEFC China Energy Company Limited is “a private collective enterprise with energy and financial serves as its core business,” according to its website. The Shanghai- based company had revenue of $34 million (263 billion Chinese yuan) in 2015.

Two months later, Ho pledged a $2 million bribe to Deby on behalf of the energy company in exchange for obtaining lucrative oil rights from the Chadian government.

In exchange, Deby is alleged to have provided the energy company with “an exclusive” opportunity to obtain particular oil rights in Chad without facing international competition, according to the criminal complaint.

Gadio is alleged to have connected Ho with Deby and conveyed the $2 million bribe offer to Deby.

Ho is alleged to have paid Deby $400,000 for his services via wire transfers transmitted through New York.

In addition, the criminal complaint alleges, Ho paid a $500,000 bribe to Kutesa, the Ugandan foreign minister, in exchange for obtaining “business advantages” for the energy company, including the potential acquisition of a Ugandan bank.

Chad’s president and Uganda’s foreign minister were also offered gifts and promises of future benefits, including a share of profits generated by joint ventures between the energy company and businesses owned by the families of the foreign minister of Uganda and president of Chad, according to the criminal complaint.

FBI Assistant Director In Charge William Sweeney of the New York Field Office said Ho and Gadio “were allegedly willing to throw money at the leaders of two countries to bypass the normal course of business, but didn’t realize that using the U.S. banking system would be their undoing.”

Chad and Uganda are ranked the 15th and 25th most corrupt countries in the world, according to Transparency International’s 2016 Corruption Perceptions Index.

The embassy of Chad in Washington and Uganda’s mission to the United Nations in New York did not respond to requests for comment.

GAMBIA: DARBOE CRIES FOUL AHEAD OF THE 2021 ELECTIONS; AS HE ACCUSES BARROW GOV’T OF PLANNING TO REGISTER NON GAMBIANS IN SENEGAL TO RIG...

GAMBIA: SAIHOU MBALLOW DEBUNKS MAI FATTY’S SPYING ALLEGATIONS AGAINST PRESIDENT BARROW, DESCRIBING THE ALLEGATIONS AS FALSE AND UNFOUNDED; AS HE BRANDS MAI “AS A...

GAMBIA: ONE OF THE IMMIGRATION OFFICERS WHO DEPORTED A SWEDISH GAMBIAN ARRIVES IN BANJUL

Re: “Dr Ismaila Ceesay Should Resign!”

CORRUPTION AS AN ISSUE WITHIN THE GAMBIAN CONTEXT