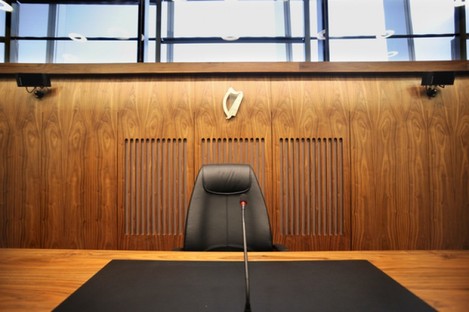 The High Court previously found that the former school chaplain wrongfully abused her.
23 hours ago 30,140 0

THE COURT OF appeal has overturned a €210,000 damages award made against a school and a former priest in favour of a former female student who claimed she was sexually abused by the man.

In 2017 Mr Justice Robert Eager found that the former chaplain wrongfully physically and sexually assaulted and falsely imprisoned and sexually abused her.

She claimed she was a transition year student when the abuse began in 2005. The High Court found the chaplain was liable for the abuse and the school was vicariously liable.

Ruling on appeals by the chaplain and the school, who denied the allegations, the three-judge Court of Appeal today dismissed those decisions and remitted the woman’s action back to the High Court for a new hearing.

The COA said it was satisfied to set aside the ruling because in his judgement trial judge had failed to engage with key elements of the case raised by the defendants, which went to the very core of and the essential validity of the High Court’s findings.

While this was regrettable and burdensome for the parties the court said a rehearing was “unavoidable”.

During the 34-day High Court hearing that concluded in 2017, the woman gave evidence she was abused and subjected to sexualised behaviour by the man, a chaplain and teacher in her secondary school, between 200 5- 2007.

She said, during a school trip to Gambia when she was aged 16, he invited her and another student to sleep in his bed with him, he first kissed her after she turned seventeen and the sexual element between them progressed and they had oral sex about 35 times.

On a trip to see the Pope in Germany, they had oral sex and also in the chaplain’s school office, his bedroom, car and school oratory, she said.

The claims were denied. The man said that the allegations against him were a malicious falsehood and had argued in the alternative that all acts complained of were consensual and uncoerced.

Mr Justice Eagar accepted she had proved her case and preferred her evidence to the chaplain’s.

Some undisputed evidence, including that the girl and chaplain shared a bed during a school trip to Gambia, and some medical evidence supported her case, he said.

Finding against the school he said it’s failure to adequately monitor the chaplain’s behaviour had allowed an inappropriate relationship develop into an abusive relationship.

The judge dismissed an additional vicarious liability claim against the local bishop because the man was not directly employed by the Roman Catholic Church in the school.

The former priest and the school were also ordered to pay substantial legal costs, estimated to be some €750,000 to the former student, now aged in her thirties.

The school and the man both appealed the High Court decision on several grounds including that the complainant had been allowed give evidence of events not contained in her claim.

It was also argued that the High Court did not appropriately examine evidence put before the court, nor did he address significant inconsistencies in evidence given by the complaint’ and that he did not explain his findings in his judgement.

The issue of consent was not referred to in the judgement, it was claimed. The trial judge had erred in making a finding that the chaplain had groomed the girl, when it was not pleaded, it was further claimed.

The woman opposed the appeal.

Giving the court’s decision Mr Justice Collins said that there were “significant and material errors” in the trial judge’s engagement with the evidence and the finding of facts made by him.

On that basis alone Mr Justice Collins said that the COA was satisfied to set aside the High Court’s decision.

When considering the issue of consent Mr Justice Collins said the COA was also satisfied to allow the school’s and the chaplain’s appeals, and set aside the findings of assault and abuse made by the High Court.

However the COA was not prepared to dismiss the woman’s claim. The proper course in regards to that issue was to remit the proceedings to the High Court for a re-hearing, Mr Justice Collins added.

Mr Justice Collins said that he hoped that the matter can be reheard by the High Court as soon as possible.

Minister Of Information Can You Please Stop The Misinformation and Deception. Gambians Are Smarter Than You Think!

On Bees and Crocodiles: Letter to my Ex-Nephew

Minister Of Information Can You Please Stop The Misinformation and Deception....

On Bees and Crocodiles: Letter to my Ex-Nephew

Watch this stream over RTSP for Android Mozilla
0FansLike
3,377FollowersFollow

OPINION: 1997 Constitution Is On Lawyer Darboe’s Side!