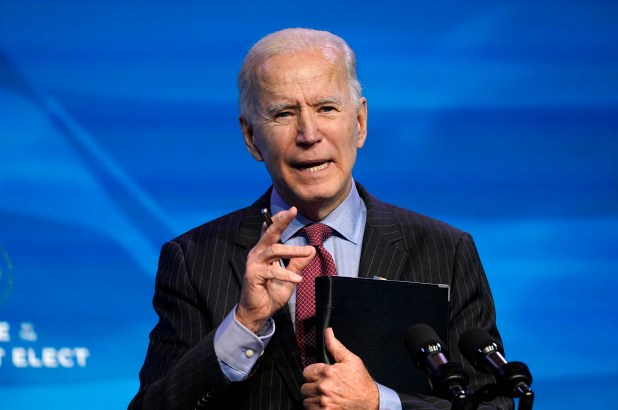 Joe Biden speaks during an event at The Queen theater in Wilmington, Delaware in January. Susan Walsh/AP

Blinken said that “[w]e continue to disagree strongly with the ICC’s actions relating to the Afghanistan and Palestinian situations.”

The top US diplomat echoed the Trump administration’s stance, saying, “We maintain our longstanding objection to the Court’s efforts to assert jurisdiction over personnel of non-States Parties such as the United States and Israel.”

But Blinken did not say if the sanctions were lifted in exchange for any assurances from the ICC.

In September, then-Secretary of State Mike Pompeo unveiled sanctions against  Bensouda, a citizen of The Gambia, and Mochochoko, a citizen of Lesotho, for investigating US troops, arguing the review was political and that US courts already address any wrongdoing by American troops.

“Individuals and entities that continue to materially support those individuals risk exposure to sanctions as well,” Pompeo said.

The biting sanctions, imposed by the US Treasury, made it difficult of the pair to make financial transactions.Pompeo called the ICC “a thoroughly broken and corrupted institution” and said “we will not tolerate its illegitimate attempts to subject Americans to its jurisdiction.”

WHERE WISE MEN FEAR TO TREAD: THE “TRIBE” QUESTION!

The crowd competition vs the Data

A Critique on the Public Scrutiny

The GAMBIA – “DEMOCRACY: A Brief Explanation of Democracy and its...

Contact Phone Number For The Benin man Who tries to scam...

Telephonic Press Briefing on COVID-19 in Africa and the U.S. Response with...